News from The George Inn - on Stone Street 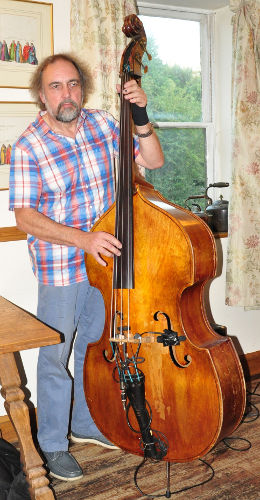 Come and enjoy Live Music at The George
... continue reading

Here is a flavour of the food we find very popular with customers.

The George Inn is owned and run by landlord Michael Patten. Michael bought this old Kentish inn, built in 1715, in 2006. At the same time, he was running the oldest and, arguably, the busiest pub in Canterbury, known as Simple Simon’s (now The Parrot). In 2008 he moved into The George, a Grade II listed building. The following five years were spent on repairs and restoration, and making peace with the resident ghosts.

"ring Michael for more information on menus and bookings"